During the third year of my Bachelor’s studies, I worked with a group of students on a project that would motivate the residents of Delft to raise their efforts in being a more sustainable community. 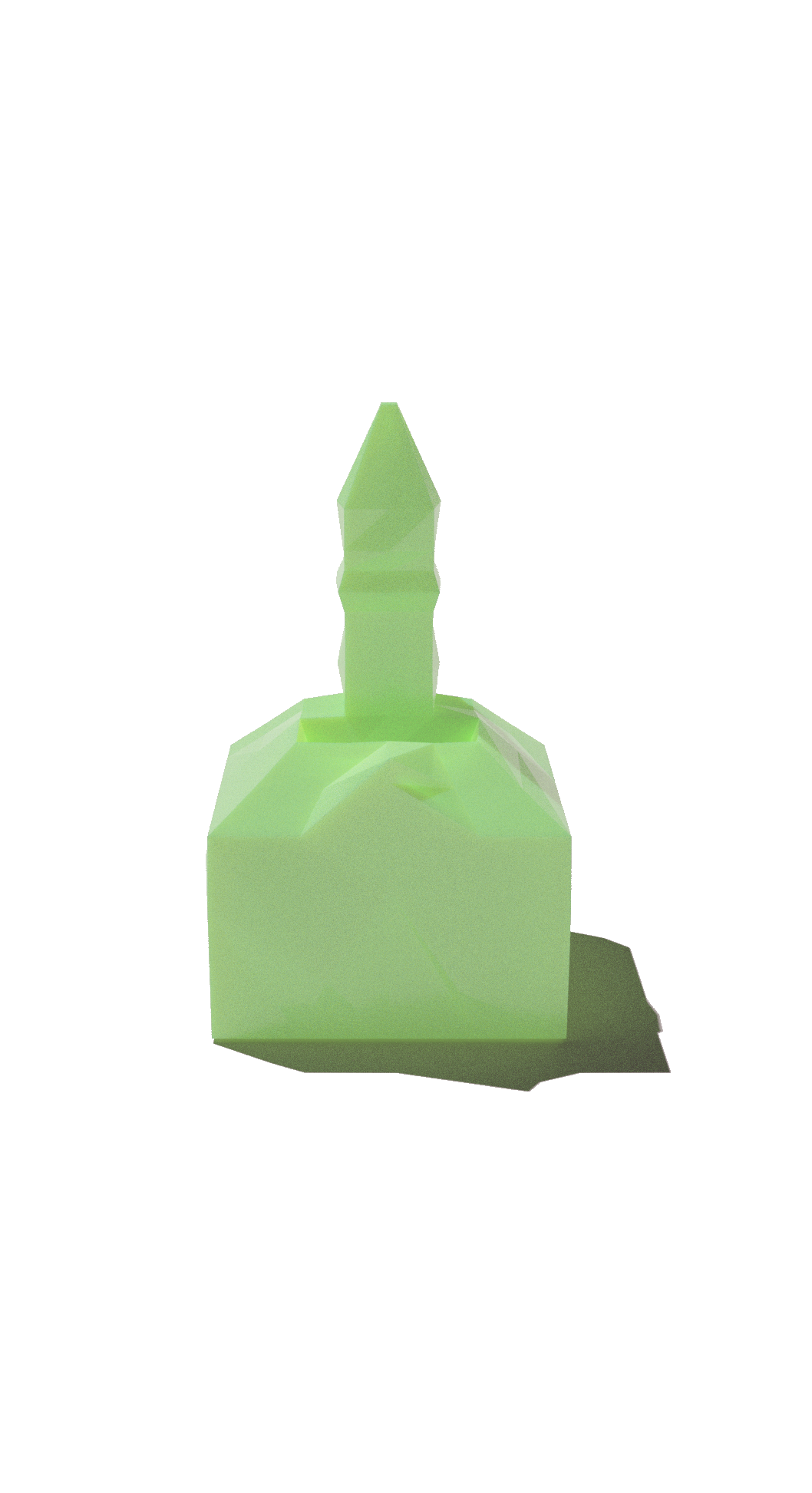 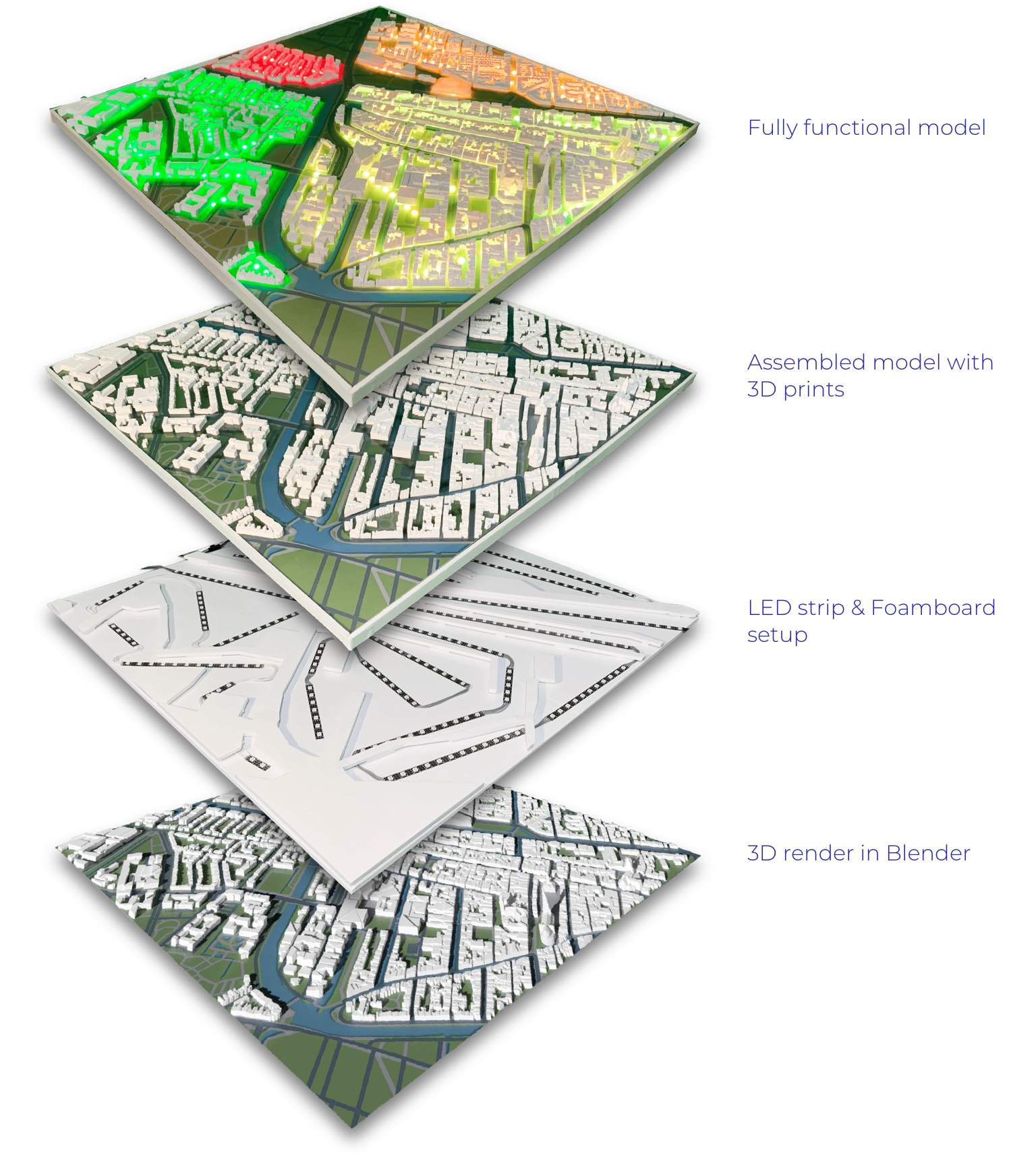 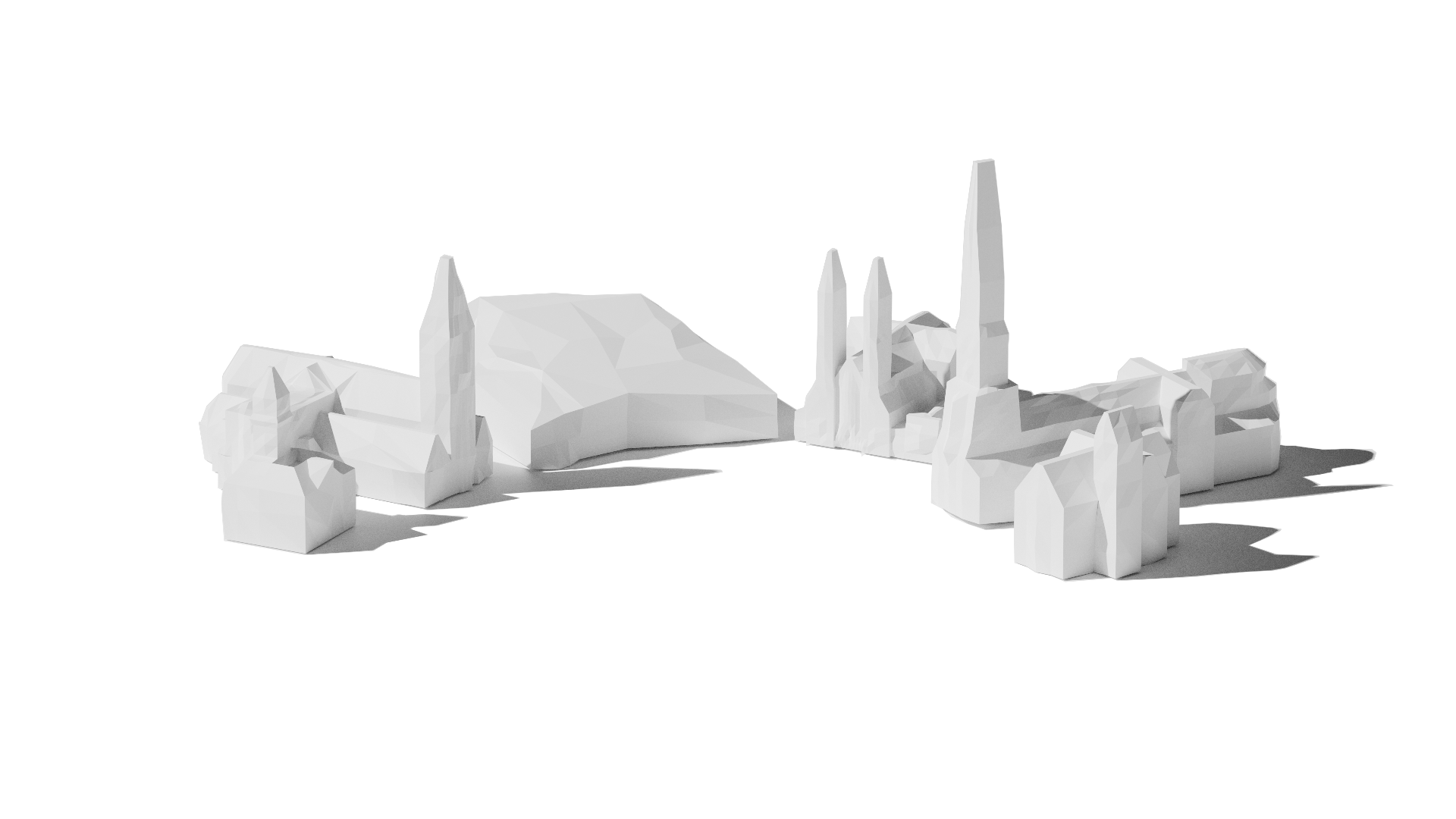 Through the Scrum framework, we iteratively created the “Living Lights” platform which combined a travelling monolith trophy, an application for tracking and recording one’s efforts at saving energy and lowering carbon emissions, and a small scale model of Delft. The model would react to current CO2 emissions and energy consumption of each neighbourhood, to light up in a range of red to green colors. This way, the sustainability of each neighbourhood is put on the display, and an element of competitiveness motivates the residents to make their neighbourhood greener. 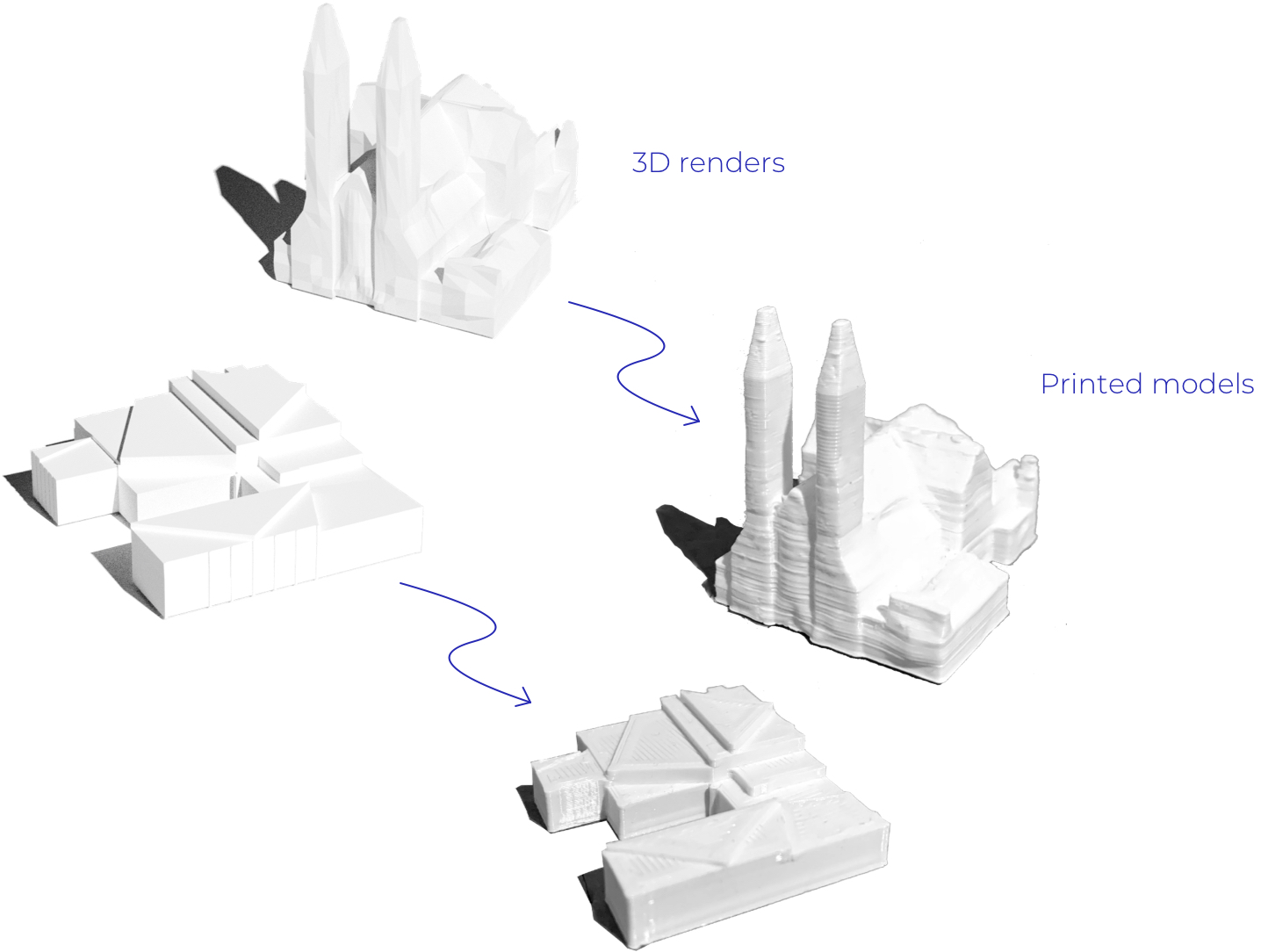 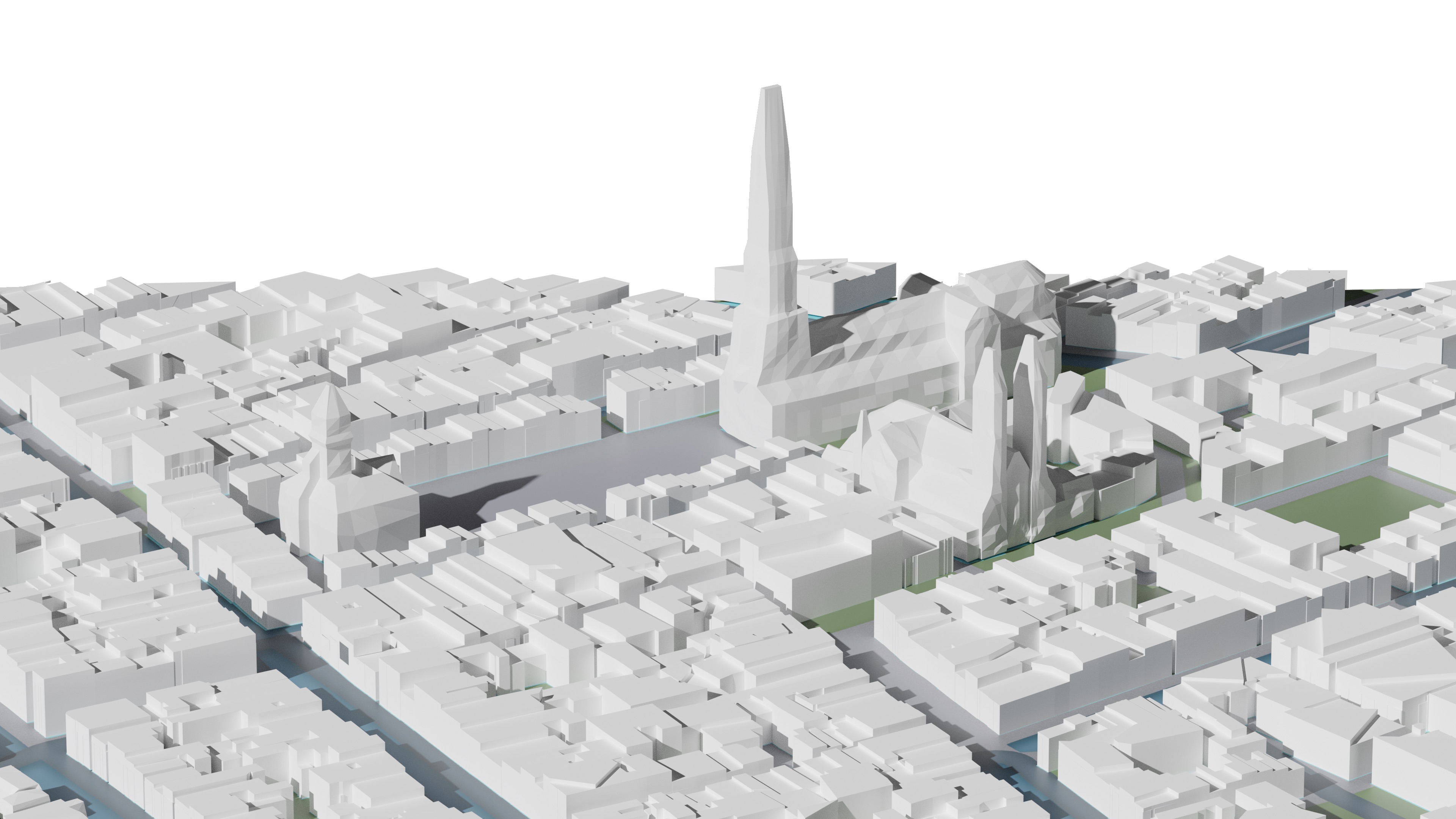 I had a central role in every step of the project - from concept creation, where I came up with the foundational idea of a city model that would light up, through being a Scrum master, to the creation of the physical models of both the model of Delft and the monolith trophy. I created 3D models for various landmarks and hundreds of houses in 4 neighbourhoods of Delft. Afterwards, I collaborated with two group members in coding the Arduino program for controlling the neighbourhood lights and assembling the model using foam boards, LED strips and the 3D printed buildings. 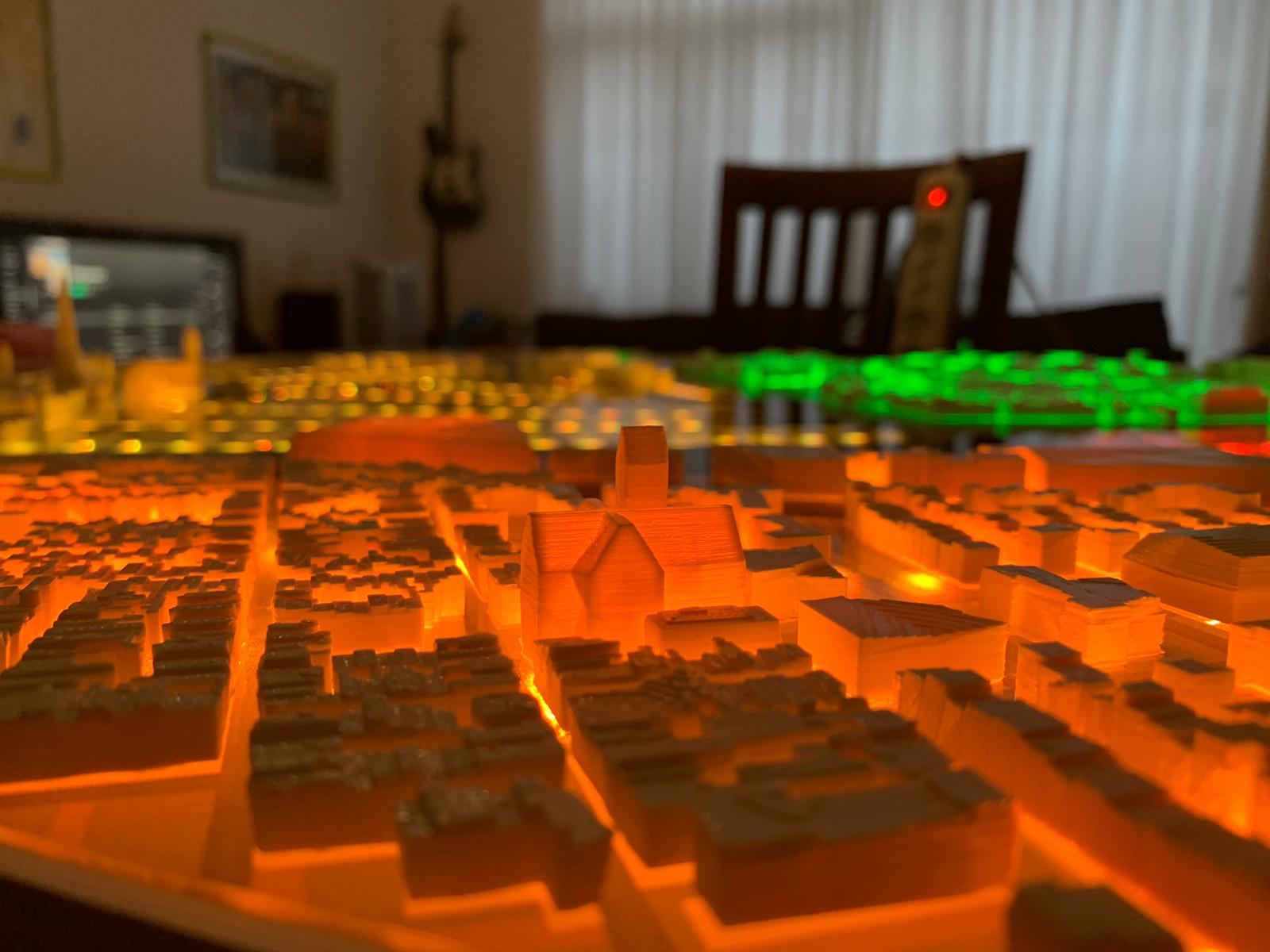